My most recent article on DigitCult, Scientific Journal on Digital Cultures (reviewed October 2017, published December 2017). A list of recent publications on this argument (you will be redirected to lucianogiustini.org).

A weekly webnewspaper generated automatically by Paper.li and based on the research arguments’ hashtags: #socialmedia, #socialnetwork, #digitalclusters, #communication.

Thanks for joining Digital Clusters!

This is the Digital Media and Communication Laboratory Didactic Website for 2018/2019. For further information please visit the italian site ComLab.

To start entering contents, just ask the teacher to activate a Contributor/Author account!

Reading opinions that are opposite to ours might not help to broaden our point of view: the economist Tyler Cowen proposes an alternative method. 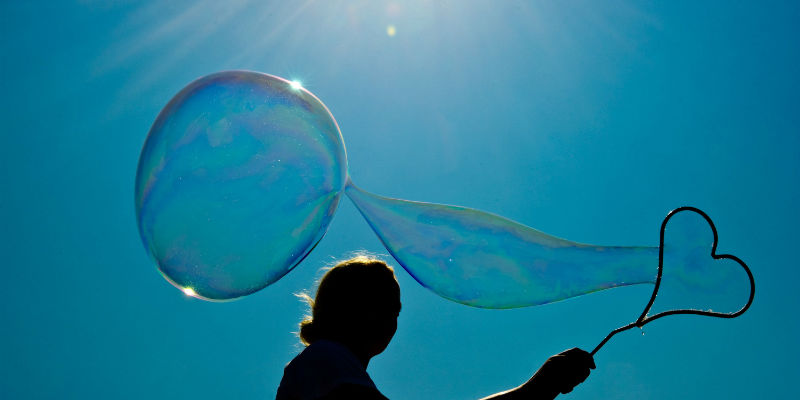 Tyler Cowen is an american economist and writer, author of the popular blog  Marginal Revolution – and various books (also translated in italian). He works with several magazines included the New York Times and Bloomberg.

Often readers send requests, and last week I was asked for “Good Rules to Avoid the Filter Bubble.” My correspondent meant, how to avoid reading too many of the people he agreed with, maintaining a balanced perspective in a time of increasing polarization. Of course, a “balanced” perspective isn’t always a more correct one (sometimes one side really does have more truth on its side). But still it seems valuable to understand the views of others, and to keep in mind the limitations of one’s own.

The sad thing is, this isn’t as easy as it might sound.

You might try to read more people who have different perspectives than you do. For instance, Read Across the Aisle introduces an app to nudge you to significant thinkers with different points of view.

Unfortunately, that ostensible remedy may make your problem worse. Often when people with different points of view get together and exchange opinions, they end up further apart. My fellow Bloomberg View contributor Cass Sunstein has been in the forefront of research on this question, and he once wrote:

But on television and radio, an increasingly popular way of presenting political disagreement — with simple, stylized “pro” and “con” views, often rendered by dogmatic extremists — is unlikely to make things much better and may make them worse. Psychological studies have established that individuals display “confirmation bias,” which means that if they hold an opinion about something, they will be fortified in that belief by partisan presentations of both sides. If viewers think that the death penalty is illegitimate, exposure to presentations both for and against the death penalty is likely to increase the viewers’ preexisting convictions. If radio or television programs show “pro” and “con” views expressed by people who distrust one another and attack each other’s motives, political polarization will be intensified, as viewers tend to identify with one side and caricature the opposing view.

Given extremism on Twitter and “fake news” on Facebook, it’s hard to avoid the suspicion that social media might be worsening some of our political problems.

To be honest, lately I’ve been feeling some of the polarizing logic myself on Twitter. A few years ago, when I read people I disagreed with, they swayed my opinion in their direction to some degree. These days, it’s more likely that I simply end up thinking less of them. (Probably some feel this way about me too.) I’m sorry to see this in myself, but I figure I’m better off admitting it than not. To the extent I’ve become more agnostic in my understanding of the world, it has stemmed mostly from my failure to predict some key events, rather than from the scintillating arguments of intellectual opponents.

Another option is to get out and meet people who disagree with you. It’s much harder to dislike people face-to-face than over the internet. You could insert yourself into an environment where you are a minority, and thus will feel an instinctive need to ingratiate yourself with others. So if you’re a conservative, spend some time with academics in the humanities. If you’re a progressive, visit a right-leaning church group. We’ve all heard stories, or maybe experienced them directly, of Hillary Clinton voters who didn’t know a single supporter of Donald Trump for president.

While personal conversations are one of the best solutions to the problem, they can be costly in terms of time or money, and it isn’t always easy to make the proper social connections.

So I have a second proposal and one you may find less pleasant, perhaps precisely because it may turn out to be effective. Keep a diary, write a blog, or set up a separate and anonymous Twitter account. And through that medium, write occasional material in support of views you don’t agree with. Try to make them sound as persuasive as possible. If need be, to keep your own sense of internal balance, write a dialogue between opposing views, just as Plato and David Hume did in some of their very best philosophical works.

You don’t have to do this a lot, but make the best case for the opposing point of view at least once a month. If you don’t trust the anonymity of your chosen medium, write out your entries and then destroy or delete them.

My George Mason University colleague, Bryan Caplan, defined what he called “the ideological Turing test.” The original Turing test concerned whether a computer could respond in a way that was indistinguishable from the answers of a human. An ideological Turing test is whether you could write out the views of a Trump or Clinton supporter, or of some other point of view contrary to your own, in a way that would be indistinguishable from the writings of supporters.

Give it a try. See if you can make the best case for whatever you might find to be deplorable, or at least objectionable, in today’s debate. If you’re feeling really secure, show it to someone you disagree with, and ask them if they can recognize their own views in there, honestly stated.

We all need to worry about our own growing grumpiness.

Blogs are sometimes overlooked as a significant source of online buzz in comparison to social networking sites, yet consumer interest in blogs keeps growing. By the end of 2011, NM Incite, a Nielsen/McKinsey company, tracked over 181 million blogs around the world, up from 36 million only five years earlier in 2006.

It’s no surprise that the growing number of blogs mirrors a growth in bloggers. Overall, 6.7 million people publish blogs on blogging websites, and another 12 million write blogs using their social networks.

So, who are blog writers and what else do they do online?

Like Tumblr, Pinterest is a visually-oriented social media site that is also growing rapidly, with over 10 million unique U.S. visitors in December 2011, almost double their audience from October. This growth is led by young adults aged 25-34, who are most likely to view pages on the social network. Pinterest could also be of particular interest to online retailers, as 92 percent of Pinterest’s audience also visited Mass Merchandiser sites during the same month.